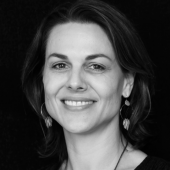 Certified in coaching by Lambent Coaching with Joseph O’Connor and Andrea Lages, then by the Integrated Coaching Institute (ICI) and a member of the ICF (International Coaching Federation), Ariane is expert in executive and team coaching working for several companies in transforming culture organization in the latin american region. Thanks to her multicultural family origines (Franco-Spanish), Ariane has built significant international experience and cultural sensitivity over the years. She has lived in Brazil since 2002.

Before becoming a coach, Ariane worked for ten years in Communications and Marketing in large national and multinational companies in France and Brazil, such as Laboratoires Vichy, OgilvyOne Agency, Universo Online, Ermenegildo Zegna and FutureBrand.

She holds a degree from ISCOM Paris-France, from UC Berkeley Extension Program and an MBA in Marketing from University of São Paulo. As a coach, she is certified in Process Communication Model, Quantum Assessment, MEP Assessment, and practices the Systemic Approach and NLP (neuro-linguistic programming). She deepened her knowledge in vocational coaching to accompany troubled youth.