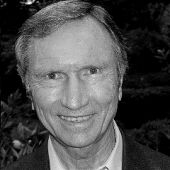 Researcher, author, consultant, facilitator, educator and coach, Alain Gauthier focuses on the development of leaders and General Management teams, as well as the topic of collaborative leadership as a prerequisite for innovation and profound change in strategy and organization.

Based in the San Francisco region since 1985, he has accompanied numerous management teams in small, mid-size, and large Silicon Valley companies, adapting his approaches to the American context.

He holds diplomas from H.E.C. and Standford (MBA), and has worked for more than 45 years in organizations in Europe, the United States, Japan, and Africa.  A former senior consultant at McKinsey in Europe, he is currently the Executive Director of Core Leadership Development in Oakland, California, and founder of a research collective that studies emerging forms of leadership and which necessitate a collective intelligence.

Alain wrote a book on Le co-leadership évolutionnaire, has adapted in French three best-sellers from Peter Senge based on The Fifth Discipline, is a founding member of the Society for Organizational Learning (SoL) in the United States and France, and is the co-author of several books on the role of leadership during organizational and societal transformation.  He teaches at the University of Paris II in their Master’s program Personal Development in Business.